Winfried, an old music teacher who loves practical jokes, spontaneously visits his daughter Ines, a serious career woman. The daughter is in the middle of a project in Bucharest and trying to assert herself in a male domain. She finds the jokes and criticism of her father simply annoying, which leads to a heated argument. Instead of consequently leaving Romania as discussed, Winfried surprises Ines with a radical transformation into Toni Erdmann, his alter ego. Toni Erdmann with crooked teeth, bad suit and wig claims to be the life coach of her boss, and barges into her professional life. However, father and daughter make a surprising discovery: the harder they push, the closer they become. In all the madness, Ines begins to understand that her eccentric father might deserve some place in her life after all. 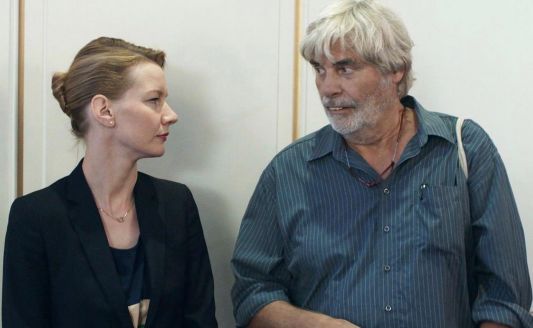